short hair in the front, originally uploaded by sighafstrom.

I'm sorry, Lon, but it was time! Cut it myself, about three weeks ago. Yep. It was time.

Posted by sighafstrom at 10:36 PM 2 comments:
Email ThisBlogThis!Share to TwitterShare to FacebookShare to Pinterest short hair in the back, originally uploaded by sighafstrom.
Posted by sighafstrom at 10:35 PM No comments:
Email ThisBlogThis!Share to TwitterShare to FacebookShare to Pinterest long long hair in the back, originally uploaded by sighafstrom.

but now its gone!

Posted by sighafstrom at 10:35 PM No comments:
Email ThisBlogThis!Share to TwitterShare to FacebookShare to Pinterest

yep, there it is. long hair in the front, originally uploaded by sighafstrom.

Posted by sighafstrom at 10:29 PM No comments:
Email ThisBlogThis!Share to TwitterShare to FacebookShare to Pinterest

I Remember It Now 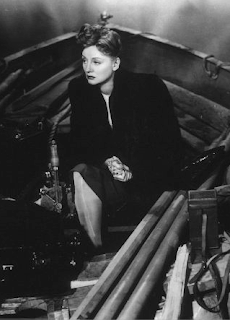 Lifeboat, that was the other movie I rented. It was Hitchcock's Lifeboat.

I've seen a bad Hitchcock movie; this is not it. This one is good. Its one of those movies only Hitchcock would dare make, in which all the action takes place in one confined location - in this case, in a small lifeboat in the middle of the endless Atlantic. It doesn't have much in the way of bells and whistles - no particularly nail-bitey scenes or wild, impossible camera tricks - but it doesn't need them. The action moves along quickly and you're never quite sure where the little boat will end up, or who will still be aboard. A trim, neat suspense classic from the master.

The Libertine was a fun little watch, nothing terribly moving, even with Johnny Depp as the lead. He sort of just Depps his way through the deplorable character John Wilmot, the 2nd Earl of Rochester. But, you know, deplorable characters are fun, and Johnny Depp is hot, and there are costumes a plenty. Its one of those filthy period pieces, where everyone has a disease and no one bathes and you can almost smell the piss oozing out of the mud. Worth seeing for the wigs.

Hot on the heals of the Libertine was Sweeney Todd, Demon Barber of Fleet Street. What a bleak story, and talk about deplorable. Here is a man who's so lost faith in humanity, he slits strangers' throats and then eats them (cooked into pies first, naturally). Delightful! But ugh, what a bloodbath! I watched half the film through my fingers. I actually kinda like the non-singer singing, though once the actual musical theater folks start laying it down, its pretty obvious Depp and Helen Bohnam Carter are vocally out of their league. I don't know the musical so well, but was glad the glorious Sondheim soundtrack stays - as far as I could tell - intact. Regardless, the costumes and pissy mud make the movie, so there you go.

Last Saturday, I took in three movies in one day. Let me tell you all about it (I know, I'm breaking the brevity rule... indulge me!) -

No Country For Old Men: Almost as bloody as Sweeney Todd, certainly as bleak, but not tempered by beautiful music and stunning gothery, so I left the theater feeling shocked and amazed. Tommy Lee Jones is absolutely impeccable; in fact, there's not a lick of bad acting in the whole picture, everyone really nails each moving character spot on. An enigmatic, brutal, atmospheric gem. As my friend Tim said, do not hesitate to see this film. Cohen Brothers, FTW.

Labyrinth!: Jesus, what a stupid movie. I love David Bowie, and I love Muppets, so why do I find this movie grating? Even when I was a kid, I found it trite. Its too sentimental, that's what it is. How about a genuine scare next time, Jim Henson? Oh, right, Dark Crystal. Okay, you're excused. (And we miss you!) 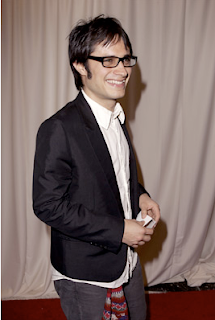 natural. And then put him in this smoking hot film about doing it, and forget about it. Okay, considering Greg's the only person who reads this, maybe I shouldn't be so gushy. But really, the guy's wonderful, the film's wonderful, everything and everyone in it is wonderful - which is exactly why, when you get to the end and realized the whole story's about loss, its such a punch in the gut: you can't have a true sense of loss unless you fully realize that everything lost is beautiful. In life, discovering this vicious fact is routine; in film, it takes a bit more effort. This film puts out the effort and the rewards are sorrowfully successful. There's a reason everyone goes on about how good it is.
Posted by sighafstrom at 11:29 PM 3 comments:
Email ThisBlogThis!Share to TwitterShare to FacebookShare to Pinterest
Labels: david bowie, gael garcia bernal, hitchcock, johnny depp, labrynith, lifeboat, muppets, no country for old men, sweeney todd, the cohen brothers, the libertine, y tu mama tambien

And wind! The sky is so dark. I just went outside for a moment to check on my plants, and by gum, I got drenched.

The only thing to do, other than go to the office (heh) is to watch movies. Hooray!

I watched the Phantom Menace and Contempt, and they were both terrible. Phantom Menace is bad for so many reasons, I won't even bother to go into it. That crazy lightsaber battle at the end, with Darth Maul (or is it Darth Mall) and the Jedis, that's good stuff. I could watch that all day. There's only one space battle, though, and its weak. Anyway, I won't go into it.

Contempt is bad because its stupid. I mean, its about this couple, and the guy's a jerk, and the wife gets angry at him because of his jerkiness, which is all good an well, but then she mopes around and won't defend herself or explain herself and just acts like a total weirdo. It seems likes Godard, the filmmaker, he just didn't understand women, but believed its because women are totally un-understandable. Its not that he's confused, its that women are confusing.

So then, there was the Libertine and... oh crap, what else did I get? Uh. If you can remember the other DVD I watched this week, remind me, and you'll win a prize.
Posted by sighafstrom at 10:42 AM No comments:
Email ThisBlogThis!Share to TwitterShare to FacebookShare to Pinterest
Newer Posts Older Posts Home
Subscribe to: Posts (Atom)