(So, like, my dad makes this awesome kimchi. He brought me a jar when he came up for the Chinese New Years Parade last weekend, and I've eaten roughly half already. 500 milliliters I've eaten.

Whoa, that just turned all Yoda for a second. Half a liter of kimchi I've eaten, and more I will soon need. I get big eating food of this kind.

You knew there had to be something about a movie in here somewhere: last night, Greg and I watched Revenge of the Sith. I'm slowly watching all six Star Wars, even the bad ones, in story order. Its going to be a great relief watching A New Hope, but then a little bit of a let down again watching Jedi after Empire. Maybe I should be watching them in order from worst to best: Attack of the Clones, Phantom Menace, Revenge of the Sith, Return of the Jedi, A New Hope, Empire Strikes Back. Do you feel me? Dare to battle me if you disagree.

But anyway, I digress. This is about daddy-o's kimchi. Pretty fly for a white guy, I must say. My nose is running because it's spicy, and yeah, I'm eating while I type. When I got home tonight I just, like, got inspired: I busted out the kimchi, then turned on the KCSM and put the computer on the bed, all while holding the jar, and now I'm sitting cross legged on my bed eating and typing. The jar is right here next to me. If it tips over and spills, I will be so fucked. There's no way I'll get the juice out of my matress. I'll have to get a new bed, and a new jar of kimchi.)
Posted by sighafstrom at 10:46 PM No comments:
Email ThisBlogThis!Share to TwitterShare to FacebookShare to Pinterest

A photo from Caterina. 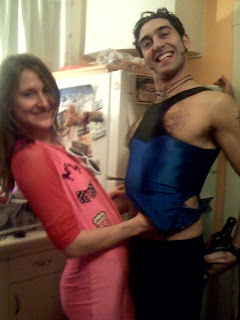 Thanks, c!
Posted by sighafstrom at 11:42 AM No comments:
Email ThisBlogThis!Share to TwitterShare to FacebookShare to Pinterest

Introduction
I have so much I want to write, but will try to be sparing. I'm sure Proust, at times, felt the same way.

Tonight I attended Practical Mysticism class at church, then came home, put some laundry in the dryer, made myself a rootbeer float, turned on the Jose Gonzalez, put on my new (to me) pink velour track suit, and am now indulging my urge to do this bloggy thing. What is this weird urge? Its like a cross between the urge to gossip and the urge to write. Regardless, here it is.

Speaking of "cross between", I've decided Jose Gonzales is a cross between Cat Stevens and Nick Drake. Feel it.

Chapter 1: Switzerland
I went there. Did you know this? Its true! Greg was going for work and I got jealous, so I went, too.

So, how was Switzerland? Well, the short answer is, Switzerland is so consistently clean and nice it makes the rest of the world look totally trashy. I spent an afternoon in Franfurt, Germany on my way back home, and after Switzerland it felt like a third-world country. But, the Germans make the Swiss look like assholes. It was nice to see people smile again. So there you go.

Here is a picture of Switzerland: 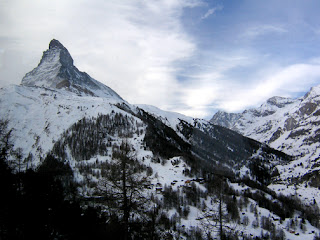 Yes, that's the Matterhorn, and excuse my French, but we snow-shoed the fuck out of that mountain. All mountains are beautiful, but I gotta say, the Matterhorn has some crazy enchantment thing going on - not like pixies and unicorns, but like it was hard for me to take my eyes off of it. You can't tell much from the photo, but its big, too, over 14,000 feet.

Chapter 2: Dots vs. Stripes vs. Spandex
About five minutes after I got home from Europe, we had a party at my house. It was a big party and everyone had fun. The next day, the house smelled like a bar - stale and close and vaguely pukey. Did someone puke? No? Then why the smell?

Chapter 3: Tahoe
More snow! But this time, on cross country skis, and in California, and on notably shorter mountains. The highlight was not the skiing, but the butt sledding. Just imagine sledding, but then take away the sled. Yep, that was us, sliding down a hill on our asses. Thank god for snow pants.

Chapter 4: Pinback
I can't believe I've been keeping this blog for over three months and this is the first time I've mentioned Pinback. Yee olde blog was rife with Pinback gushing.

Greg and I saw them a few months ago at Bimbos. It was my first time - eek! They were playing two nights there, and we went to the first. The show started off a bit slow, low energy, not terribly engaging - you know, indie rock. But then, I don't know, its like something just happened, some kind of mope-to-awesomeness transmogrification that left me feeling buzzed the whole next day, so much so that I was ready to go back to Bimbos and stand around outside the sold-out show trying to score another ticket.

So, then just over a week ago they were playing a show at the Fillmore, so of course, OF COURSE we had to go (well, I did, anyway, and Greg came too because he's cool like that). mc chris warmed up the crowd like something fierce. He is perfectly constructed out parts stupid, charming, funny, magical, and repugnant.

Then Pinback comes on, but their sound was so bad, so horribly bad. What the fuck, brodogs, why? Why the sound like the bass and drums were being bumped way too loud out of some hoopty in front of the building? The over-driven, swampy, deafening low-end covered the band, so much so that a few times I knew Rob Crow was singing but couldn't actually hear his voice. We moved all over the room trying to find a sweet spot, but only found a sort of mildly salty spot, way back by the sound guy. Whom I wanted to smack.

Traffic? No exception, plus its got this inexcusably racist, "lock up your white daughters" thing going near the end. Deplorable. But, Traffic does have a few things other bad drug war movies don't have. Namely, Benicio Del Toro and Don Cheadle. Plus Traffic has some slick editing and neat filmy tricks. It would be great if the damn script wasn't so hideously cliche.

Chapter 6: Dead Man
On the other hand, there's Dead Man, the film writer/director Jim Jarmusch called a psychedelic western. SO GOOD! I've read that a lot of critics didn't like this film, but clearly they were the same chumps who thought Traffic was brilliant. Sometimes Johnny Depp's acting feels like he's just sort of screwing around, but not so in Dead Man. He's looooovely in this, as is Gary Farmer.

And now you're asking yourself, who's Gary Farmer? I kept watching and asking myself the same thing, so I looked on IMDB and realized, "oh, him, he's been in everything." But in Dead Man he is fully immersed in his character Nobody, so it doesn't matter what he's been in before, because he's in Dead Man to win. Neil Young's sparse, psychedelic soundtrack is the trippy cherry on top. And also, Iggy Pop in a dress and bonnet.

Chapter 7: Pinback Gets Another Chance
Despite the bad sound at the Fillmore, I decided to give Pinback another go when they came around again a week later. Why a band would flagellate itself with a tour schedule like that I don't know, but hey, if that's what they're into its fine with me. The show was at the Bear's Lair, a bar on the Cal campus serving beer by the yard. This is a tremendously off-putting fact, and I was worried the audience would consist of frat boys drunk on miles of beer, but, well, I won tickets. So, with Greg by my side, we went.

The venue was like a grade school cafeteria. Technically, it was a university cafeteria, but it felt far more quaint. Mr. Crow remarked on this upon taking the stage: "Hi, welcome to lunch period. Its Friday. We're the Purple Squirrels and we'll be playing some songs while you eat your lunch." Poor Mr. Armistead Burwell Smith IV looked all pale and weak, and Mr. Crow mentioned he was sick and would be going to the nurses office after lunch so his mom could pick him up.

well, I'll be a monkey's uncle 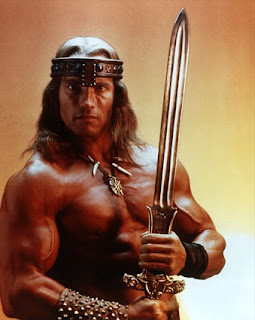 Looks like Clinton took California after all. I thought Obama was going to sweep it, too. Of course, I was surprised when we ended up with Schwarzenegger as our governor. Shows what I know.
Posted by sighafstrom at 11:13 AM No comments:
Email ThisBlogThis!Share to TwitterShare to FacebookShare to Pinterest (No, seriously, that Dungeons and Dragons link, you really should click, because its really, really good)
Posted by sighafstrom at 8:22 AM No comments:
Email ThisBlogThis!Share to TwitterShare to FacebookShare to Pinterest
Newer Posts Older Posts Home
Subscribe to: Posts (Atom)