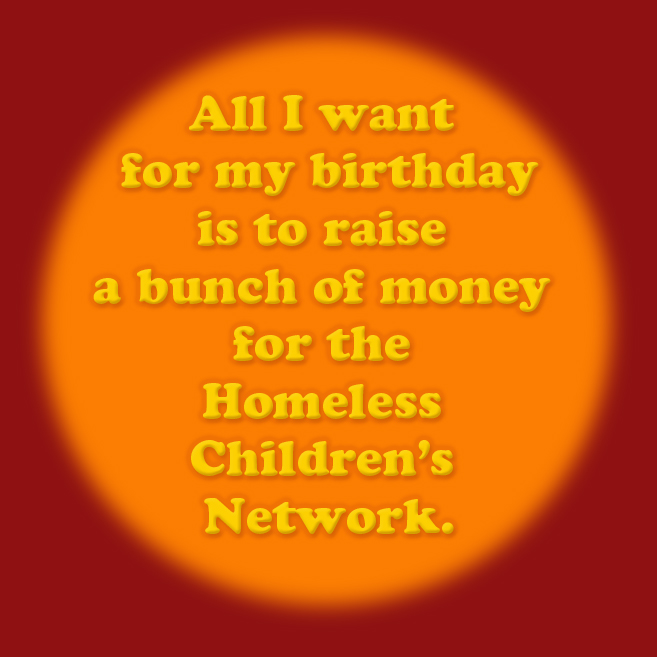 But c'mon, now. It's my birthday. Let's raise some real money here. And if you're not a kid enthusiast, either, whatever. Do it for me - click here to donate.
Posted by sighafstrom at 4:01 PM No comments:
Email ThisBlogThis!Share to TwitterShare to FacebookShare to Pinterest
Newer Posts Older Posts Home
Subscribe to: Posts (Atom)